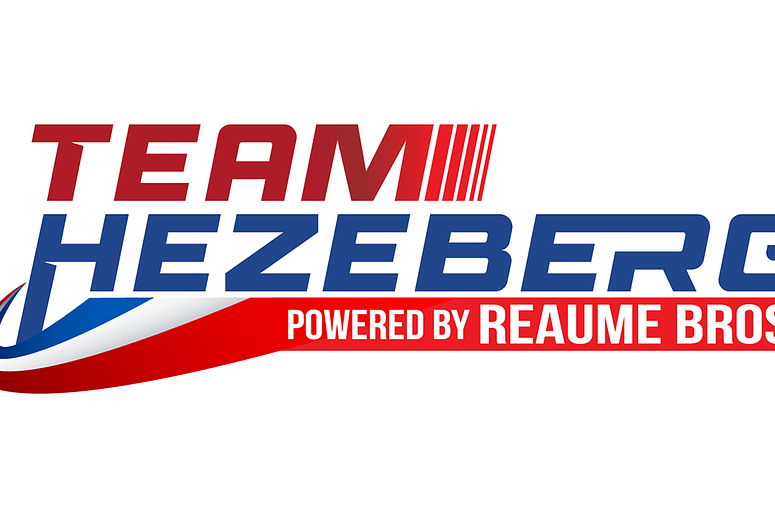 Team Hezeberg and RBR are thrilled to announce the formation of their new NASCAR Cup Series program. Team Hezeberg Powered by Reaume Brothers will be joining NASCAR’s top-echelon in 2022 on a part-time basis. This team comes from a partnership between Hezeberg Systems out of the Netherlands, and Reaume Brothers Racing based in Race City USA, Mooresville, North Carolina. The team will feature a pair of extremely talented drivers behind the wheel: NASCAR Whelen Euro Champion Loris Hezemans and former Formula One Champion Jacques Villeneuve.

Hezemans and Villeneuve are two drivers who have long resumés. Villeneuve, who has 11 career F1 wins and an Indy 500 victory to go alongside his F1 Championship, is also no stranger to stock car racing. He has competed in several NASCAR Cup series, NASCAR Xfinity Series, and NASCAR Euro events, including a near win in the 2012 Xfinity Race at Circuit Gilles Villeneuve, a track named after his late father. Hezemans meanwhile, is a NASCAR Euro champion, who has been dominant on the road courses this season. He has also made several Xfinity starts himself, in efforts supported by RBR.

Team Hezeberg began through a partnership between Toine Hezemans and Ernst Berg. Longtime friends and competitors for over 50 years, Team Hezeberg began building engines and selling European cars to different race teams in the United States. The team spent many years sponsoring F1 cars as Hezeberg. Team Hezeberg is ready to transfer the technologies and skills learned in the European racing world over to achieve success in the NASCAR Cup Series.

Reaume Brothers Racing began in 1997 when John Reaume got his son’s, Jonathan and Josh into competitive kart racing.  From humble beginnings to the NASCAR Camping World Truck Series, the brothers have been chasing the racing dream, competing in events all around the world. With a culture focused on innovation, RBR will utilize cutting edge technologies to improve on and off-track performance. Driven with passion and fueled with engineering, RBR is ready to make its mark in NASCAR.  Josh Reaume functions as the team principal and drives part-time in the NASCAR Camping World Truck Series.  Between crew members and drivers, RBR is proud to be the most diverse team in NASCAR history.

One of the Netherlands’ most successful racers, Toine Hezemans is part of a motorsport dynasty that began with his father who raced Porsches in the 1950s. Toine quickly found success in prototypes and touring cars with wins in the 1973 24 Hours of Spa, 1978 24 Hours of Daytona the 24 Hours of Le Mans in 1973 and 1975, and the Euro Touring Car Championship in 1970 and 1973. After his racing success, he became a manager for several drivers racing careers’ including his sons’ Mike and Loris.

“NASCAR’s great idea of returning the control back into the drivers’ hands is extremely exciting. The NEXT Gen cars’ spec build share a lot of similarities to the cars we race in the NASCAR Euro Series. We have a very successful NASCAR Euro team, and we believe now is the perfect opportunity to join the sport. Based on that success and the similarities to the NEXT Gen car’s spec body we believe that our success will translate to the NACAR Cup Series.”

Ernst Berg has spent most of his life surrounded by the motorsports industry. He’s competed in the 24 Hours of Le Mans in 1977 and 1979. Berg also competed in two 500km races in 1977 at Dijon and Monza where he finished 3rd and 7th. After his racing career he began working on engines in the European racing world where he reunited with his long-time friend Toine Hezemans to form Hezeberg Systems.”

“NASCAR is huge! It doesn’t matter what part of the motorsport’s world you’re in, everyone in the world as a huge respect for NASCAR. The NEXT Gen car is very attractive, and we are excited to be a part of it. We are looking forward to the challenge of learning the new car and all its technicalities. Being apart of the NASCAR Cup series is a very special opportunity and we will be ready for next season.”

Often described as the “African Squirrel” since he never stops moving and spent much of his early life in Africa. Josh is a dual citizen, born to Canadian parents in Redlands California, and is a proud 2012 graduate of the University of Victoria with a Mechanical Engineering degree. Josh’s early racing career in kart racing took him around the globe, before making his NASCAR National Series debut in 2013 in the NCWTS and he hasn’t looked back since. In 2018, Reaume laid the groundwork to field his own NASCAR Camping World Truck Series team. Reaume Brothers Racing now fields two full-time NCTWS trucks, a part-time NXS car and a Late Model development program. Over the last four seasons Josh has used his platform to provide opportunities for some of the NASCAR’s most diverse drivers.

“Reaching the NASCAR Cup series as a small team is a huge accomplishment. It has taken a lot of hard work and long hours to make this dream come true. This opportunity is huge for our program, and we are excited to begin this journey with two amazingly talented race car drivers! I am extremely thankful to both Toine and Ernst for putting their confidence in me and RBR to power this new team to success.  The learning curve on this new car is tremendous and thus the decades of experience Toine and Ernst bring designing and racing globally is thrilling.”

Born into a Dutch racing family, Loris has continued in his father’s and brother’s footsteps. Having competed in touring and sports cars, Loris made his move to the NASCAR Whelen Euro Series in 2018 where he soon found success with winning the championship in the 2019 season. After 10 wins in the series and a championship, Loris currently leads the 2021 season standings for the series.  This weekend at the Roval, he will make is third Xfinity start this season in preparation for his NASCAR Cup Series debut next season.

“A huge thanks to NASCAR for preparing me for this upcoming test. Words cannot describe how much of an honor it is to have this opportunity in the NASCAR Cup Series. I remember my excitement about seeing the prototype of the NEXT Gen car in 2019 after the NASCAR awards ceremony. Now two years later having the opportunity to make my NASCAR Cup Series testing debut, the feeling is unreal.”

The son of the late Formula One legend, Gilles Villeneuve, Jacques paved his way to success by being a standout in Champ Car, earning the 1994 Indy 500 and Series Rookie of the Year honors. He followed that up in 1995 by winning the Indy 500 and CART Championship.  The following year he followed his father’s footsteps by entering Formula One before winning the World Championship in 1997.  After retiring F1 in 2006, Jacques has competed in a variety of different motorsports including all three national NASCAR series’, 24 Hours of Le Mans, Formula E and the NASCAR Whelen Euro Series.

“I am very enthusiastic about the opportunity to get back to the states to drive in NASCAR. Joining Team Hezeberg Powered by Reaume Bros. and Loris in discovering the new NEXT Gen 7 cup car is very exciting. The years of experience in different forms of racing will be useful in working with the team and understanding the new car. Loris comes from a great racing family on top of his own successes. Racing him in Euro NASCAR has been fun and working together will be a good challenge.”

Marketing opportunities for Team Hezeberg’s new NASCAR Cup Series program are available! There is a unique opportunity to join forces with NASCAR’s first European race team. Team Hezeberg Powered by Reaume Bros. will be able to provide global exposure for potential partners and brands. The team will be able to reach a much broader consumer than any other team in NASCAR.

For any marketing inquiries please reach out to Amir Alexander. He can be contacted through email or phone: amir@reaumebrothersracing.com & 301.710.3615