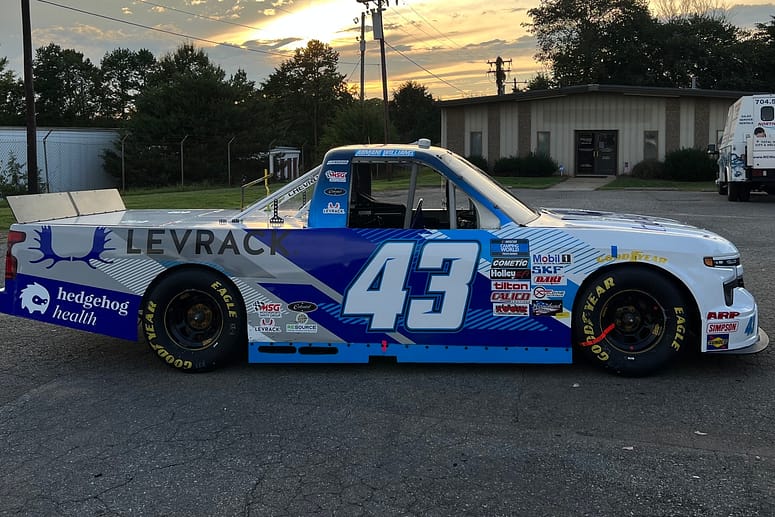 In July, he competed at Pocono (Pa.) Raceway for Reaume Brothers Racing.

HedgeHog Health caters to unique learners with devices and services geared towards individuals with ADHD and Autism.

Since releasing the Hoglet, HedgeHog has gone on to open its first ABA center in Pinellas Park, Fla, with the intention of opening more locations in Florida, as well as other states.

“I am super pumped to add another NASCAR Camping World Truck Series race to my 2022 season this weekend at Kansas Speedway, especially carrying the support of a new and influential partner like HedgeHog Health.

“I have worked over the last several weeks to readily prepare for this opportunity and I’m excited to get to the track and have a performance that everyone can be satisfied with.”

For HedgeHog Health CEO Parker Lynch, their path to now include a partnership in the incredibly popular NASCAR Camping World Truck Series with Grosse Pointe, Michigan native Williams was one they could not pass up.

“HedgeHog Health is thrilled for the opportunity for partnership with Armani Williams at Kansas Speedway,” offered Lynch. “HedgeHog was founded on inclusion and Armani is a shining example of the phenomenal things that can be accomplished by those on the Autism spectrum, so this feels like a perfect fit for our company.

As a Michigan based small business, we are proud to be affiliated with Armani who is also a Michigander.”

Reaume Brothers Racing is entering their fifth season in the NASCAR Camping World Truck Series fielding the No. 33 and No. 43 entries in 2022.

Reaume Brothers Racing is dedicated to providing unparalleled excellence and quality to our drivers, team members and partners.

We are committed to building value by bringing and creating a culture of competitiveness, performance and teamwork.