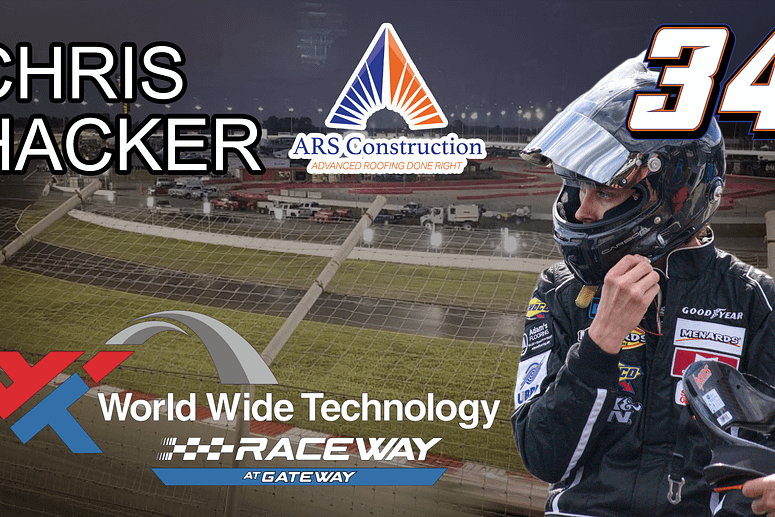 Hacker will drive the No. 34 Toyota Tundra, a second entry for Mooresville, N.C.-based Reaume Brothers Racing and a teammate to the team’s other driver Armani Williams.

Hacker started his racing career at eight years old, racing in quarter midgets, where he ranked second overall in his home state of Indiana. From 2009 to 2011, he competed in the Bandolero bandits where he won the Indiana state championship back-to-back in 2010 and 2011.

After consecutive championship seasons in Bandoleros, he advanced to INEX Legend Car Series competition in 2012, where he captured the Indianapolis Speedrome Championship in the Young Lions category.

In 2013, he continued his racing resume acceleration moving from Legends Car to the Champion Racing Association Sportsman category, where he became the youngest driver to win a CRA event at age 13.

The following season, competing in the JEGS All-Star Series, he won the Sportsman of the Year award.

Hacker continued to turn heads in Late Model competition and positioned himself to move into the development ARCA Menards Series in 2020 – competing at Phoenix (Ariz.) Raceway driving for Fast Track Racing, finishing 15th after starting 24th.

Hacker was slated to make his debut in the premier ARCA Menards Series at Daytona (Fla.) International Speedway in February, but COVID-19 delayed his start to Charlotte (N.C.) Motor Speedway in May where he started 12th and finished 10th in an entry fielded by Cram Motorsports.

“I am very excited to be able to make my NASCAR Camping World Truck Series debut at World Wide Technology Raceway with Reaume Brothers Racing,” said Hacker. “It has been a dream of mine to be a competitor in the NASCAR ranks ever since I started racing at the age of eight.

“I want to thank Josh (Reaume) and the entire Reaume Brothers Racing team for allowing me to have this opportunity and my management team at fgrACCEL for working tirelessly to make this all a reality.”

ARS Construction is a family-owned construction firm who has been successfully servicing the greater St. Louis area since 2001. They specialize in both residential and commercial roof installs. Their multifaceted team provides general contracting services such as windows, siding, home additions, remodeling among other various contracting services.

“We are very excited to be partnering with Chris Hacker for his NASCAR Camping World Truck Series debut behind the No. 34 ARS Construction Toyota Tundra at World Wide Technology Raceway,” said ARS Construction owner Christian Larson.

“We are stoked by the synergies of sponsoring a truck that resembles our other 12 ARS Construction work trucks and hope that this will help facilitate a wide reach of our brand!”

Added Hacker, “There are not words to describe the support from ARS Construction. Our No. 34 ARS Construction Toyota Tundra looks amazing and I’m focused on having a positive and strong debut with them and Reaume Brothers Racing and hopefully pave the way for more opportunities in the future.”

Team principal Josh Reaume says the team is ecstatic to have Hacker join them for his NASCAR National Series debut.

“We are happy to welcome Chris to Reaume Brothers Racing,” he said. “We are excited to work with him and be apart of his journey in the NASCAR Camping World Truck Series. He has shown us he is a good driver and we think he will do well not only at Gateway, but in the series overall.”

Looking ahead, Hacker plans to compete in select ARCA and NASCAR Camping World Truck Series events this season while focusing on an accelerated schedule in 2022.

Hacker, 21, is also the first NASCAR driver known to have a brachial plexus injury (BPI), also known as brachial plexus lesion. BPI is an injury to the brachial plexus, the network of nerves that conducts signals from the spinal cord to the shoulder, arm and hand.

Hacker and fgrACCEL would also like to thank fellow NASCAR Camping World Truck Series team On Point Motorsports who has been equally instrumental in preparing Hacker for his series’ debut in a variety of roles.

Reaume Brothers Racing (RBR) began in 1997 when John Reaume got his son’s, Jonathan and Joshua into competitive kart racing.  From these humble beginnings, the brothers have chased the racing dream, competing in events all around the world, studying mechanical engineering at University and building a successful racing business specializing in karting and oval track racing.

In 2021, the team will continues its presence in the NASCAR Camping World Truck Series, while also planning to expand its focus to the NASCAR Xfinity Series.