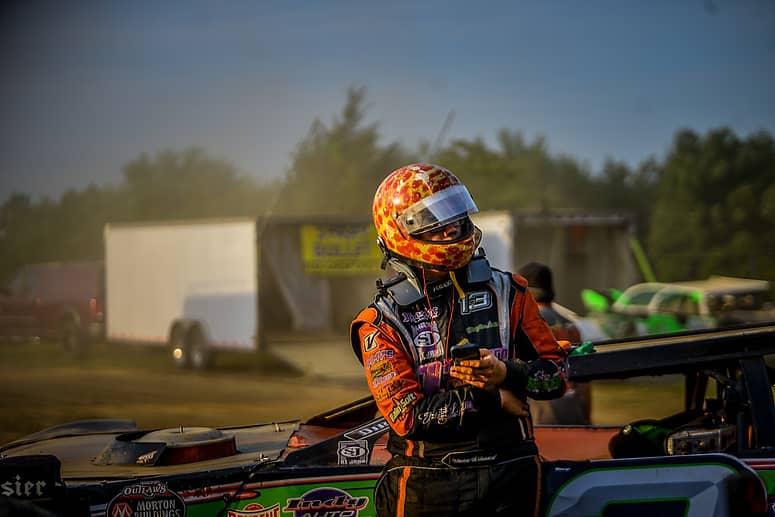 MOORESVILLE, NC: Reaume Brothers Racing is proud to announce that 19 year old Brayton Laster will make his NASCAR Camping World Truck Series debut at Knoxville Raceway. The Greenwood, Indiana native began his racing career at the age of 8, when his father purchased Laster a go-kart. After showing success, Brayton Laster moved to full bodied stock cars, racing a 1977 Ford Thunderbird at the Indianapolis Speedrome. As a 12 year old, Laster was competing against drivers more than three times his age with decades of racing experience. After moving to Factory Front Wheel Drive cars, Brayton Laster discovered the art of dirt racing through a mentor unlike any other, the great CJ Rayburn. Rayburn took Laster under his wing, helping build the young driver’s career from the ground up. Brayton Laster made his debut in a Dirt Super Late Model on April 20th, 2018, in a late model that was older than Laster himself. Starting 18th and finishing 14th, Laster came back with a clean race car, seeing potential in his talent on the dirt. Brayton Laster won Rookie of the Year honors in 2018 at Brownstown Speedway in Brownstown, Indiana, and continued to travel the Midwest for the next 3-4 years, racing at any track that would have him. After connecting with Dinah and Willie Mullins via TikTok, an opportunity came for Laster to test an ARCA car at Daytona. The test was a success, and Brayton Laster made his ARCA Menards Series debut at Daytona International Speedway in 2022, finishing 13th. Once the dream was realized, Laster wanted more, and ended up racing at Talladega in the following months, having a devastating crash and essentially became a ramp for another car in “The Big One”.

Even though Brayton Laster came off the track with a destroyed race car, the dream was always in his eyes. “After getting wrecked in Talladega, I was still content knowing that I had made it to a level of competition I could only dream of. The opportunity given to me by Josh Reaume and Reaume Brothers Racing is one that I can only describe as gracious. Being able to compete in the NASCAR Camping World Truck Series is a dream come true.” Josh Reaume, owner of Reaume Brothers Racing, understands the struggles of success in motorsports, and sees a part of Laster in himself through his journey to NASCAR. “Brayton and his family are very excited for his debut, as am I. Taking an unconventional path to the NASCAR Camping World Truck Series is something I am familiar to, and I am excited to be the one to give Brayton his chance behind the wheel. Knoxville is a difficult track to master, and I’m excited to have the opportunity to showcase our whole team through Brayton’s talent on the dirt.”

Reaume Brothers Racing began in 1997 when brothers, Jonathan and Joshua, started racing in competitive kart racing. From the humblest of beginnings to the NASCAR Xfinity/Camping World Truck Series, Reaume brothers have been chasing the racing dream, competing in events all around the world. 2022 will mark Josh and the team’s fourth full season in the Camping World Truck Series, fielding the #33 and #43 trucks, and is proud to be the most diverse team in all of NASCAR’s three National touring series. Reaume Brothers Racing is dedicated to providing unparalleled excellence and quality to our drivers, our partners and our team members, by setting an elite standard of greatness and by executing our team’s core values. Driven with passion and fueled with engineering, Reaume Brothers Racing is continuing to make a difference in NASCAR.

Josh Reaume was born in Redlands, California. He grew up in Nigeria for 13 years participating in humanitarian aid before moving to Vancouver, Canada with his family.

Follow along on all of our social media handles:

Founded by Tamara Laster, Auto Repair VIN Stickers came naturally to the Laster family through a background in photography and graphic design. With the attention to detail in their work, along with an extensive background in customer service, Auto Repair VIN Stickers has grown to one of the largest VIN sticker companies in the United States. For more information, visit https://autorepairvinstickers.com/vin-stickers

2 comments in this topic: