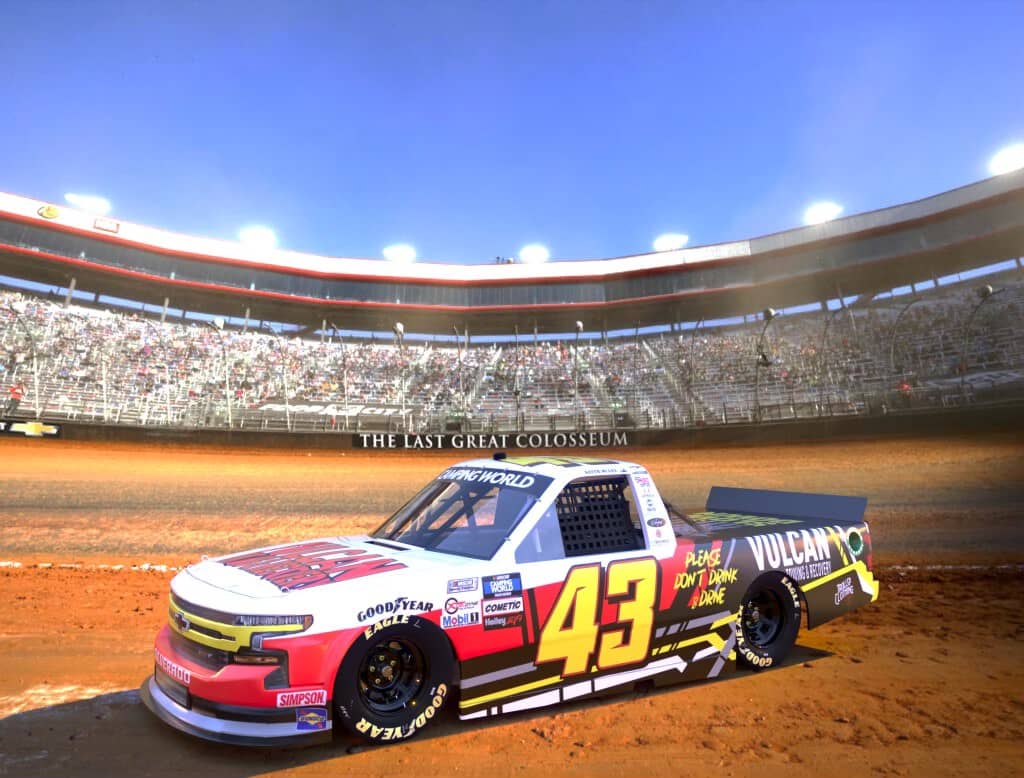 MOORESVILLE, NC – Reaume Brothers Racing is proud to announce that Keith McGee will be returning to Reaume Brothers Racing for the Pinty’s Dirt Race at Bristol. This will mark the 2022 debut for McGee, who started his racing career after serving eight years in the United States Air Force. Growing up in Nevada County, CA, Keith McGee comes from a family of athletes. Both his grandfather and father raced on the west coast fueling McGee’s passion to one day race in NASCAR, along with his mother winning a gold medal in skiing at the 1988 Winter Olympics in Calgary. McGee debuted in the NASCAR Camping World Truck Series at Richmond Raceway on April 17, 2021, becoming the first Disabled Veteran and first Alaskan to compete in a NASCAR National Series event.

With five starts in the NASCAR Camping World Truck Series along with a top 10 at Talladega, McGee is looking forward to expanding his knowledge on the dirt. “I am really looking forward to getting my hands dirty at the Pinty’s Truck Race on Dirt at Bristol Motor Speedway, April 16th. While my dirt racing resume isn’t very long, I do have ice racing experience in Alaska, and I will lean heavily on that to help me wheel my #43 Vulcan Towing & Recovery Chevy Silverado around The Last Great Colosseum. Justin at Vulcan Towing & Recovery has been there with me from the beginning of my racing career in Alaska and his support has been unwavering, he also donates his time and resources helping fellow Alaskans in their time of need. He recently donated his time and heavy haul equipment to help clear a 40-foot-deep avalanche that cut off access to more than 100 homes in my hometown of Eagle River, AK. I would also like to thank Josh and everyone at Reaume Brothers Racing for giving me this opportunity to get back to doing what I love.”

Josh Reaume, owner of Reaume Brothers Racing, is excited to have McGee behind the wheel at Bristol after showing success in previous starts. “Anytime Keith drives a race car, it is a reflection of grit and determination. I’m happy to have him back behind the wheel for us.” Keith McGee is much more than a driver to Reaume Brothers Racing, assisting in the graphics department along with mechanical work as well.

Watch Keith McGee behind the wheel of the No. 43 Vulcan Towing & Recovery Chevrolet Silverado RST during the Pinty’s Dirt Race at Bristol Motor Speedway Saturday, April 16th at 8 PM ET on FS1.

Reaume Brothers Racing began in 1997 when John Reaume got his son’s Jonathan and Joshua into competitive kart racing. From these humble beginnings, the brothers have chased the racing dream, competing in events all around the world, studying mechanical engineering at the University of Victoria and building a successful racing business specializing in karting and oval track racing.

Follow along on all of our social media handles:

About Vulcan Towing and Recovery: Vulcan Towing was started in 1991 by Willie Creech and then passed on to his son Justin in 2004 when he purchased the business. Vulcan was started as a family business and continues that tradition to this day. In the last 17 years, many obstacles have been overcome. From the verge of bankruptcy to holding the record for being the largest towing company to ever exist in Alaska, Vulcan Towing and Recovery is all about making the impossible possible. Today we employ between 35 and 40 people, have 28 pieces of equipment, and respond to more than 30,000 calls per year.