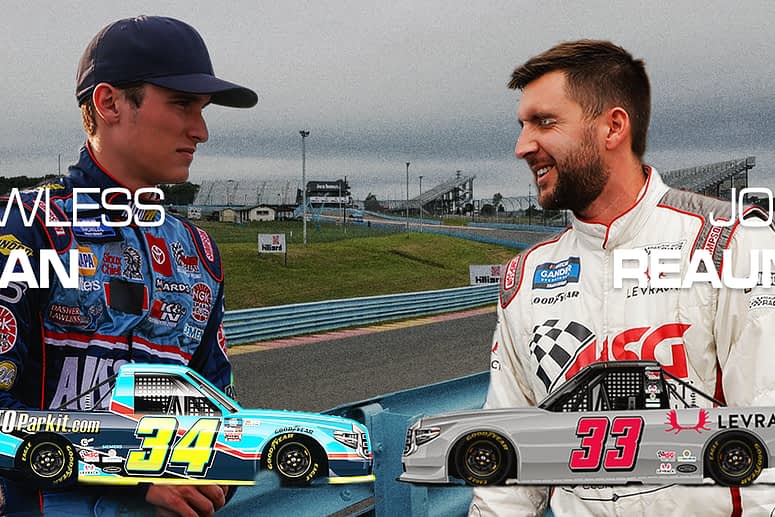 This weekend at Watkins Glen, the NASCAR Camping World Truck Series will take the track for the first time in 21 years. Rookie Lawless Alan, with new sponsor Lucantino’s on board his #34, and Josh Reaume in the Levrack #33 will drive for Reaume Brothers Racing in this long-awaited return to WGI.

Alan will be making his fifth start with RBR this season, and his third on a road course. He currently has more starts with the team this year than any other driver. In his last race at Pocono, Lawless brought his AUTOParkit.com Toyota home in the 20th position, tied for Reaume Brother’s best finish on asphalt this season. Lawless ran inside the top fifteen at the Daytona Road Course in February, with a top ten in sight, until a power steering issue took him out of the race. He also ran at Circuit of the Americas in the rain, gaining valuable wet weather experience that may come in handy with inclement weather possible at the Glen this weekend.

“I’m feeling good about Watkins Glen. I really like that track, and its great because I have some experience there from running in Trans Am” says Alan. “Not sure if I want it to rain; it seems to rain pretty much whenever we are at road courses” Lawless joked. “In all seriousness, the rain is great a lot of times because it equalizes the field. Whatever happens, we will be ready. And obviously have to take the time to thank Lucantino’s for stepping in and AUTOParkit.com for their continued support of my racing”.

Meanwhile, team-owner Josh Reaume will be making his third start this year with Levrack returning as a primary, and Motorsports Safety Group, Resource Material Handling and Recycling, and Colonial Countertops taking associate positions. Reaume, who has nearly 100 NASCAR national series starts, has only made five road course starts in his career: three at Gateway in the Truck Series, and two at Mid-Ohio in Xfinity. Reaume also made his last start at Pocono, driving his #33 machine to 28th place finish. Josh believes running Watkins Glen provides both obstacles and opportunities.

“Running a road course isn’t something I’ve done a whole lot in my career, so that in its own right is a challenge, especially because we see more and more road course races popping up on the schedule” says Reaume. “But at the same time, it should be fun because some of the guys in the series weren’t even born the last time Trucks ran at the Glen, so everyone is kind of in the same boat. And now too, you have to factor in the possibility of rain, which just adds a whole other layer of uncertainty to the weekend”.